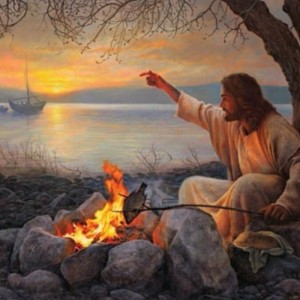 Golden Text: When they landed, they saw a fire of burning coals there with fish on it, and some bread. Jesus said to them, “Come and have breakfast.” (John 21:9 NIV).

Jesus’ death left the disciples with feelings of grief, confusion and hopelessness. He was suppose to be the ‘King of the coming kingdom,’ where they would be free to serve and worship him. The disciples did not understand the magnitude of the resurrections, and due to the lack of understanding, Simon Peter decided to return to his last profession.

Sometimes after we’ve experienced a loss or disappointment, uncertainty, fear, and doubt seems to plague our minds. We then see our vision, hopes and dreams as being unattainable. The future plans that Jesus often spoke about with his disciples were no more, and this left them with feelings of uncertainty. So, what do we do when all hope is lost? We return to the last familiar thing that we did successfully. This is true of Peter; he was a successful fisherman by trade. He and his brother Andrew were fishing when Jesus first encountered them. Jesus instructed them to come and follow him, he said that he would make them fishers of men (Matt. 4:18-19). But now things have changed.

After an entire day of  fishing, the disciples suffered another disappointment. They had toiled all night, but caught nothing. Early the next morning, Jesus stood on the shore, but the disciples did not recognize him. He called out, “Friends, haven’t you any fish? They replied, “No.” He instructed them to throw their net from the opposite side of the boat, and he assured them that this time they would find some fish. With nothing more to lose, the disciples followed the strangers instructions, and as a result of their obedience they caught a great number of fish. John, the disciple whom Jesus loved, understood exactly what had taken place. He knew that the stranger had to be the Lord. After all no one else is able to see the past, present, and the future; so with excitement John shouted, “It is the Lord!” Peter grasping the revelation, put on his fishers coat and lept into the water and proceeded to swim to Jesus. Do you remember when Peter got out of the boat and proceeded to walk to Jesus on the water?

“Peter’s faith caused him to do impossible things.”

Peter swam approx. 100 yds (200 cubits) to get to Jesus. (Some of us won’t even walk across the street or get into our cars and drive two blocks to go to the Lord’s house to worship. “Lord, help us to do better!” Peter was first to reach the shore, and the two boats were not far behind him with the net of fish attached.

As they approached land, they saw an open fire of coals with fish cooking and a loaf of bread on the side. Jesus called out to them, “Bring some of the fish that you caught.” They pulled the net to land filled with 153 fishes; the quantity of fish did not even cause the net to break. Jesus then called, “Come, and dine.” The provisions were already prepared for them. The disciples were all too familiar with the way Jesus previously would take the bread, bless it, break it, and give it to them. Only this time Jesus took the bread, gave it to them and the fish too! They knew that this stranger had to be Jesus; yet no one dared to ask his identity (v.12).

I am reminded of another account that John testified about, in Matthew 20:15. John described Mary’s grief during her visit to the tomb where Jesus had been laid after his crucifixion. Mary stood outside of the tomb weeping. She had come looking for Jesus, but instead she encountered two angels dressed in white sitting inside the tomb, but the body of Jesus was not there. Sad and in tears she encountered a stranger, whom she believed to be the gardener, he asked her who she was looking for? That’s when Mary recognized the Lord’s voice. She was not expecting Jesus to be alive. The Bible did not say that Jesus took on a different appearance, only that he was not recognized by those whom he appeared to. We weren’t told the reason why the disciples did not recognize Jesus (v.4); but what we do know is that the disciples were not expecting him. They were surprised and shocked when John revealed, “It is the Lord!”

The moral of this lesson is that faith and obedience triumphs over fears, disappointment, and doubt. We must not abruptly quit our callings just because we did not achieve the success that we so desired. Let us remember that God is able to do all things, including resurrecting dead things. It was Peter’s obedience that brought about the miracle. Like Peter, when the Lord gives us a command, our response should be “Lord, whatever you say, I will obey” (Luke 5:5). The disciples never understood what Jesus meant when he said, “Follow me, I will make you fishers of men.” He was speaking of the multitude of souls to be redeemed after hearing the Word preached by them. What an amazing reward to receive. The prophet Isaiah foretold of this day, and I quote,

We now have this amazing account of how Jesus, even after his death, burial and resurrection, still provides prepared provisions for his followers. And always remember that it is our obedience that brings about our blessings!

Love, grace, and peace be unto you!

7 thoughts on “Prepared Provisions From The King” 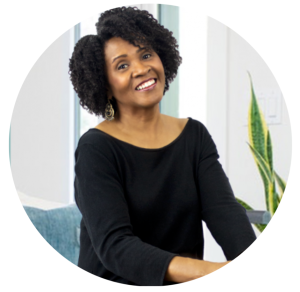 Good Morning! And Happy Saturday Friends! 👋🏽 Stop looking back at what was. Everything is subject to change except God. He remains the same. Your future awaits you. Don’t miss it looking back. Lot’s wife looked back and the last thing she saw was the destruction of a sinful city. Now she’s remembered as a pillar of flavorless salt. She missed her future. Don’t miss yours. Press your way. Move forward. Enjoy the weekend! ❤️ #KeepYourEyezAhead😳
Good Morning Friends! 👋🏽
Good Morning Friends! 👋🏽
Good Morning Friends! 👋🏽
Ever feel like… you could use a few more “wins”? I have been in some hard-fought battles, and I’ve learned that, what you say when the pressure is on, can make the difference between winning and losing. What you say, even when you think no one is listening, can mean the difference between life and death. That’s why I wrote this book.
It actually draws them. A door opens and they come right in.🚪👹💨💨💨
Good Day Friends!
I don’t know what challenges you’re facing today, but know that nothing happens when you remain in a place of stagnation. When you step out you step up.
Good Morning Friends!👋🏽
Loading Comments...